I won't bring up Lacan on Monday. But the non-encounter between Stiegler and Lacan recently struck me as important and I wanted to try to unravel the mystery...

Stiegler wrote frequently about technology and technical objects. But how does he compare to one of the key object theories, psychoanalysis? Surprisingly Stiegler's object theory was only partially psychoanalytic. What do I mean by "partially"? First it is clear that Stiegler was deeply influenced by Freud. References to Freud appear in almost every Stiegler book. Yet at the same time Stiegler had almost no relationship to Lacan. How to characterize the non-relation between Stiegler and Lacan?

From Freud Stiegler adopted the notions of narcissism, desire, and drive. Recall Stiegler's text on "loving oneself and loving others" reprinted in the English book titled Acting Out, where Stiegler works through the problem of primordial narcissism. "I call 'primordial narcissism' that structure of the psyche which is indispensable for functioning, that part of self-love which can sometimes become pathological, but without which any capacity for love would be impossible" (39). The book Symbolic Misery, vol 1 picks up on the theme of narcissism originally articulated in the previous text. And almost every book and article that follows contains numerous references to Freud.

On Lacan, however, Stiegler wrote almost nothing. Hunting for Lacan in Stiegler, a handful of brief references pop up here and there. Beyond simple references or footnotes, I remember only a few passages where Stiegler engages with Lacan for more than a sentence or two: in Taking Care on the mirror stage, and in States of Shock on the thing [das Ding]. I'm sure there are other passages I've overlooked, but the larger point holds: Stiegler had essentially no relation with Lacan. I find this surprising particularly since Stiegler was so invested in the operations of desire and enjoyment, as well as the intricacies of language and symbols, although perhaps not "the symbolic" in Lacan's sense.

In fact there's little evidence that Stiegler read Lacan much at all. I'm exaggerating of course; Stiegler certainly must have read Lacan more generally. Still, the citations are few. We know Stiegler was fond of at least one Lacan book, The Triumph of Religion, Preceded by Discourse to Catholics first published in French by Seuil in 2004, because he cited Lacan's "Discourse to Catholics" a few times. Still, I suspect that these few citations exacerbate rather than resolve Stiegler's non-relation with Lacan. The "Discourse to Catholics" is an odd text on the Lacan bookshelf, not the canonical Écrits, not Lacan's endlessly fascinating seminars a good eight of which were already published in French by the mid 1990s. Sometimes non-canonical esoterica indicates a discerning eye. In Stiegler's case it feels a bit random.

Desire, objects, symbols, the psyche, Freudianism, failure and lack--to a distant observer, Lacan seems like a plausible fit for Stiegler. So why not? The words fault and default [faute and défaut] play an important role in Stiegler's first and most important book, Technics and Time 1: The Fault of Epimetheus. In that book translators Richard Beardsworth and George Collins rendered Stiegler's défaut in English frequently as "default" but also often using the neologism "de-fault" in an attempt, as they put it, to accentuate "the play between 'default' and 'fault,' but also the connotations of 'failure,' 'lack,' 'mistake,' 'deficiency,' and 'defect' which inform Stiegler's use of the French term" (280n12). Was Lacan's "lack" too similar to his own project for Stiegler to embrace it?

Fault and lack seem to be related, at least from one perspective. Yet for Stiegler these two notions were relatively incompatible. Fault is of course a question of value if not also guilt or culpability--more evidence of Stiegler's metaphysical if not also moral posture. Yet for Lacan lack was fundamentally about the incompleteness of language and thus about limit and finitude. Lack is a sort of failure, that's true, a failure of totalization. But when Lacan described the subject via lack, he was making no normative judgment. Stiegler's fault, by comparison, is distinctly Old Testament. His fault is normative. His fault is the fall of man.

Even if fault and lack were misaligned, Stiegler still harbored a faint interest in Lacan. He was enticed by the neologism "extimate," where Lacan aimed to reverse the definition of "intimate" as close, familiar or innermost into something more alienated or externalized. Stiegler never provided many clues but I suspect that he was drawn to Lacan's "extimate" because of an interest in objects as exteriorizations, in objects as "the extensions of man." For instance, in the first volume of Qu’appelle-t-on panser?1 Stiegler made two brief references to Lacan's extimate as exosomatic or external to the body. A prosthetic was less an intimate appendage, Stiegler thought, than an extimate one. A pharmakon might be integral to the human body but only because it has been alienated from it, that is, made extimate.

For similar reasons Stiegler was also taken by the German term das Ding (meaning "the thing" and often contrasted with the object), referenced by Lacan but also going back to Freud's Project for a Scientific Psychology. (Heidegger also wrote an essay titled "The Thing" in his book Poetry, Language, Thought.) The locus classicus for Lacan is his Seminar 7, particularly the first half where he discussed das Ding and differentiated the object from the thing. Eventually the thing faded into the background for Lacan, while the object, as objet a, remained a central element in his theory of libidinal economy.

While Stiegler addressed das Ding and even mentioned Lacan by name, it's unclear if Stiegler meant anything more by the term than as a synonym for "object" (which it most certainly was not for Lacan). Here too hopes for a Stiegler-Lacan encounter are dashed. Stiegler's What Makes Life Worth Living contains a whole chapter on das Ding, but really no treatment of Lacan. "What is this Thing?," Stiegler asked, before postponing his encounter with Lacan for a future book. "We will not here conduct the thorough reading of texts by Freud and Lacan that such a question calls for--but this will be the subject of La Technique et le Temps 5: La guerre des esprits" (62). Later it would be delayed even further, from volume 5 of Technics and Time to volume 6, today a moot point as the remaining volumes remain either unwritten or unpublished.

So despite his attraction to Freud, Stiegler had a life-long allergy to Lacan. Interestingly, on more than one occasion it was Deleuze who waylaid any potential interest. "I myself, however, propose a slightly discordant reading of Lacan’s analysis," Stiegler admitted at one point, before confessing that his reading was "slightly closer to Deleuze" (States of Shock, 98). A revealing footnote in Taking Care also sheds some light on the mystery. "This défaut, this impasse, is not a lack," Stiegler contended, wrestling his signature concept away from that of Lacan. "I am closer here to Deleuze than to Lacan" (217n5).

Deleuze or Lacan? The question echoed occasionally through Stiegler's mind, and when it did he picked Deleuze every time. Stiegler picked Deleuze, particularly the late Deleuze of the "Postscript on Societies of Control," where Deleuze's skepticism toward capitalism and industry reached its apogee. Consider Stiegler's position on the relation between technology and the symbolic: "Our epoch is characterized by the seizure of the symbolic by industrial technology" (Symbolic Misery 1, vii). Such a sentiment would not be alien to the control-society Deleuze. But for Lacan I'm not so sure. Lacan certainly made reference to industrial technology in his discussions of the symbolic, and his Seminar 2 held in the years 1954-1955 was on computers and cybernetics, among other things. Yet Lacan's symbolic was always somehow above or below or beyond the machinations of capitalism or industry. Indeed capitalism was for him but one particular configuration of the symbolic order. Lacan spelled this out late in life in an enigmatic but suggestive lecture in Milan on May 12, 1972, where he reshuffled the components of the "four discourses" from his 1969 Seminar 17 to make room for a fifth, the discourse of the capitalist. Capitalism was, thus, an iteration of the symbolic order, not the other way around.

Deleuze is admittedly an odd source of inspiration for any discussion of the symbolic, even if Stiegler makes it work somehow. For Lacan, the symbolic always entailed castration due to the adoption of language. Yet for Deleuze the symbolic order mostly doesn't exist. And castration certainly doesn't. Or when he addresses the symbolic, Deleuze does so through the ebb and flow of territorialization and deterritorialization. Stiegler's writings on the "symbolic and diabolic" are emblematic in this regard. In his books Symbolic Misery 1 and Technics and Time 3, Stiegler discusses the symbolic and the diabolic--etymologically connected for Stiegler as "sym-bol" and "dia-bol"--not through the Lacanian structures of castration and lack, but through the more Deleuzian logics of composition and decomposition. 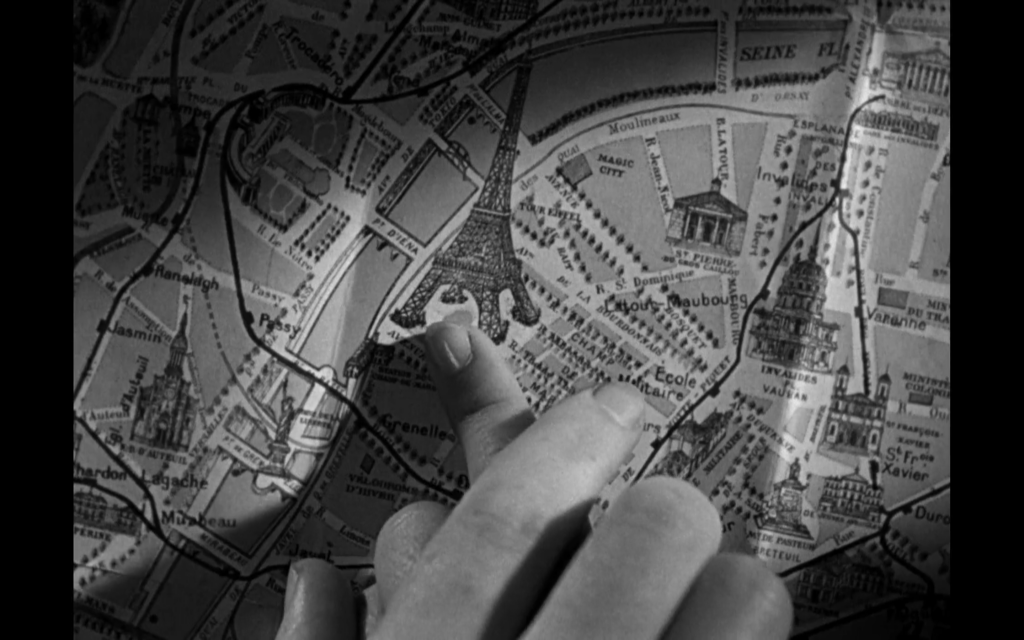 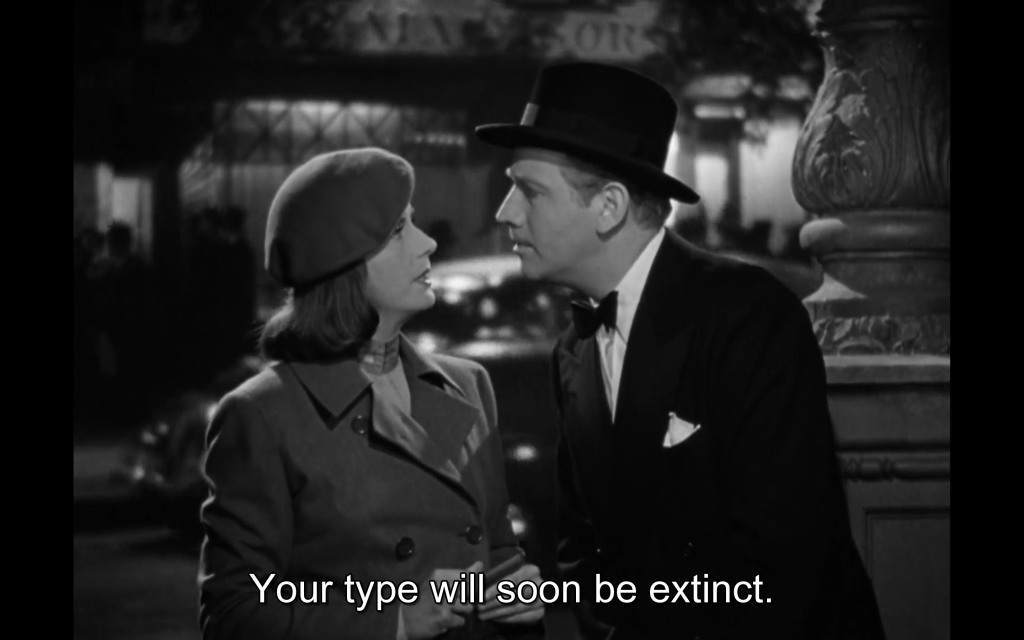 What does Stiegler lose by shunning Lacan? Perhaps Stiegler was too focused on the materiality of technology and not enough on its structural conditions. Was he too locked into the "extensions of man" to recognize the autonomous logic of objects? Here I am reminded of the famously unsmiling Greta Garbo at the outset of Ninotchka, a dour Bolshevik in Paris (thank you Hollywood!) surveying the accomplishments of capitalist engineers. "I'm interested in the Eiffel Tower from a technical standpoint," Garbo announces dispassionately. A technical marvel indeed, we also know that the Eiffel Tower is a symbol, a symbol of Parisian love and romance. But so too the tower is one of the great phalluses of world architecture, hence the comic undertone of Garbo's desexed and deadpan delivery. Wouldn't Stiegler be this same kind of Parisian voyager, focusing on the "technical standpoint" and missing the phallus?

I once quipped that Deleuze can't really be critiqued or overhauled, only forgotten. But what of Stiegler? Perhaps the best way to intervene in Stiegler's work--perversely, importantly--is not to forget him but to analyze him, to make him into the Lacanian that he never was. Here I mean analyze in a literal sense. To analyze Stiegler would be to take his "industrial technology" and re-sanctify it as a Tower, to allow the object to speak as a symbol.

1 Panser is a tricky word. Translator Daniel Ross has rendered this title as What Is Called Caring?, which seems best to me albeit imprecise. The allusion here is to Heidegger's What Is Called Thinking?, the French translation of which, Qu'appelle-t-on penser?, is identical to Stiegler's Qu’appelle-t-on panser? in all but a single vowel.