For reasons that I don't entirely understand, blogging seems to provoke in me a backward glance, not the kind of hyper-immediate status updates and running commentary of quotidian fancies typically associated with the format. And so I've been returning to some previous endeavors and trying to rethink them in the light of new concerns and new contexts. An immodest undertaking to be sure, still what appears in germinal form at one point might require the passage of time to grow and evolve, where only from another perspective it appears fully legible. Such is the logic of “discovery,” a term that should be used with extreme caution, given the role that creativity and innovation play in the new economy. And yet, as with Badiou's truth procedures, we must adhere to such moments of discovery when they appear, aligning our subjectivity to them, not as a way to enact the mandates of postfordist labor in which innovations are tagged and banked like raw materials, but precisely to deviate from such mandates.

One discovery that came to light for me around seven or eight years ago concerns the old relation in narratology and aesthetics between diegetic elements and nondiegetic elements, those other things, whatever they might be, that separate themselves from the diegesis. Part of a very old conversation stretching back to Aristotle if not earlier -- διήγησις being the old Greek term for narration -- the diegetic/nondiegetic relationship has a strong connection to the critical discourse around the historical avant-garde (Brecht) as well as to the early harbingers of postmodernity (Godard). Addressed typically if not superficially via tactics like “revealing the apparatus” or “foregrounding the aesthetic infrastructure,” the diegetic/nondiegetic relationship became a kind of shorthand for political intervention, describing in essence the very conditions of possibility for what counts as political art: whatever perpetuates the lure of diegetic enthrallment is reification at its worst, while whatever shatters such spectacle by illuminating the conditions of its own production is progressive and political. 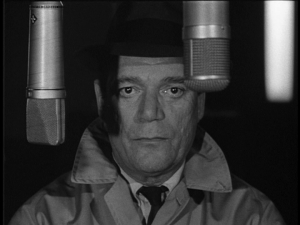 Such a conclusion has a number of obvious limitations, not least of which being its reliance on that old specter, the distinction between form and content. Here, content is more or less annihilated, in the name of an emboldened form, leading to a variety of paradoxes -- for instance, what to do with fascist content delivered in progressive form -- not to mention subsequent problems like the co-optation of progressive form by capitalism, something that happens with such regularity as to be practically obligatory.

Still, the claims concerning diegesis are these: (1) digital media such as video games seem to accentuate the distinction between diegetic and nondiegetic elements like never before, and (2) such digital media foreground and privilege nondiegetic elements much more than other media formats. In other words, we are living through a period today in which nondiegetic forms have gained a new kind of aesthetic power. Such observations have dramatic consequences for both the creation and consumption of media, but also the kinds of critical or hermeneutic claims that are possible to make about them.

The nondiegetic has long been an item of interest, at least since ancient times. Think of Homer’s “Sing in me Muse...,” or Genette’s “paratext.” But today’s interactive media, with video games serving as the shining example, have a special relationship to the nondiegetic not seen in other media formats. Still, the rise in the nondiegetic is not simply a curiosity for formalists to debate. As I've frequently argued in other writings, “nondiegetic” is really a code word for something else, the infrastructure of the machine, the algorithmic layer, indeed the “outside” of the game in the sense of its social and political conditions of possibility. I'm sometimes accused of being overly reductive on this point, but it seems an absolutely crucial argument to make: the nondiegetic is the window into the socio-political realm. (And control allegory is the method for mapping back and forth between diegetic space and the socio-political realm.)

In this way, to stress the relation between diegetic and nondiegetic game play is to stress the question of interfacing. Indeed thresholds occupy a very special place in informatic media. One might go so far as to say that informatic media are nothing but a set of thresholds, layered and nested in chains of systems and subsystems, shells and still greater shells. This again is why the nondiegetic is so crucial, because: (1) it underscores the fact that informatic media are much more overtly structural and formal than previous media formats (while still not ceasing to be material); and (2) that because of the intimate relationship that informatic media have with actually existing material structures, they beckon toward a political understanding that is more vivid, more readily accessible, and more raw than in the past. We have, in short, a medium that tells its own story through the interface itself. One must simply be ready to listen.

Consider the example of montage. Theorists like Lev Manovich have pointed out that new media signal a fundamental rearrangement in the formal construction of montage. The change is that of time to space, from temporal montage to spatial montage. Cinema enacts the cut, but sequentially at a regular rate through time. Digital machines, by contrast, tend to cut in terms of space or topology. Thus, a piece of software like Microsoft Word has no frame rate. It has no sequences of shots. What would such things even mean in that context? (Games have operation loops that cycle at certain frequencies, typically as quickly as reasonably allowable by the hardware, but nevertheless temporal montage is almost entirely absent from all sorts of games, which frequently push the old “long take” to new extremes.) Software applications today no longer cut through time, but rather cut the screen into discrete frames. The frame, typically externalized or excluded in other media formats, is now included inside the very logic of the medium.

So, temporal montage is on the wane in today’s moving image. Or in crude terms: temporal cutting has been replaced by spatial cutting. This phenomenon appears in the graphical user interfaces (GUIs) of personal computers. Just as the cinema created the sensation of coherent spaces through cuts from shot to shot spanning different locations, the GUI creates spatial continuity through the simultaneous windowing of different spaces: instant messenger, browser, file-sharing client, programming IDE, game heads-up-display. Fusing cuts within the frame replaces fusing cuts in time. But is this surprising, given the inherently networked quality of spatial montage? Windows are objects; they form as nodes into graphs on the screen; they may or may not interconnect; and so on. The rise of spatial montage is therefore just another way to describe the rise of the networked form of mediation overall.

The montage example demonstrates how important the nondiegetic is in digital media. The frame -- previously marginalized, a veritable mark of the avant-garde -- is now entirely normalized, an everyday occurrence in media aesthetics.

One might call this the segregation effect or the principle of semiotic segregation. The segregation effect refers to the way in which diegetic and nondiegetic elements are split or segregated from each other, with certain determinations made about what elements belong in the diegetic layer and what elements belong in the nondiegetic layer. In graphical games like StarCraft 2 or Bioshock Infinite, a kind of desiring utopia emerges wherein textual and iconographic signification provides machinic or algorithmic functionality, while perspectival Renaissance-style signification provides narrative and diegetic material. In this way the segregation effect has to do with a vast transformation within electronic media, bent on reorganizing and differentiating certain modes of signification from other modes. 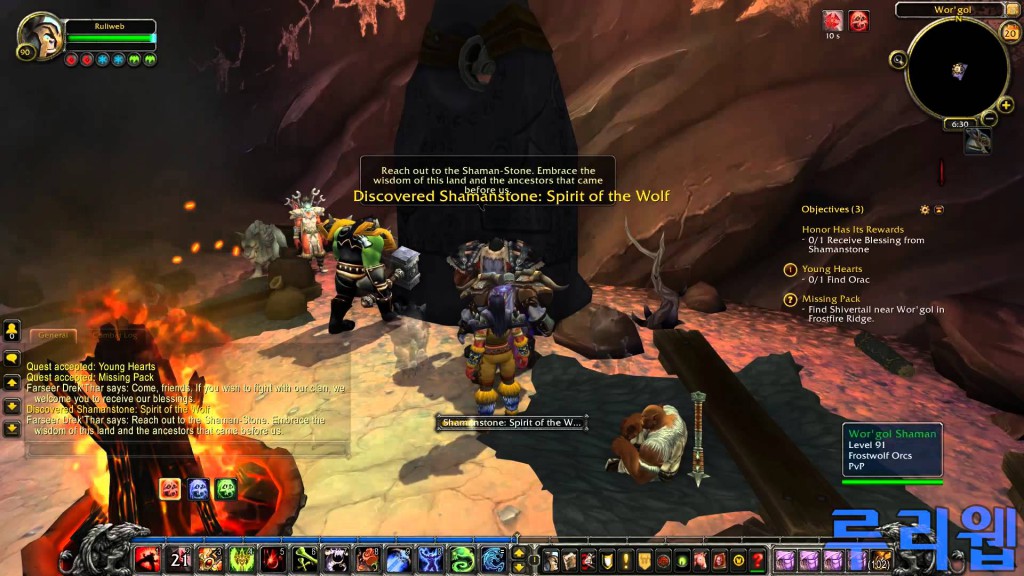 Consider the example of World of Warcraft (WoW), which is the highest grossing video game of all time, and which has a new expansion released last month. Now ten years old, this game is a monument to the rise of ludic media in today’s world. Where is the segregation effect? It happens not so much in-world, but through the generative friction contained in the interface itself. In WoW, representational techniques rooted in textual and iconographic encoding (texture images and multitexturing decals, mouseover highlights, the heads-up-display) are starkly divorced from representational techniques rooted in the traditional Renaissance approach (volumetric simulation, matrix transformations, light and material states, collision detection, ray tracing, etc.). The fantasy of the game, then, is not so much that of swords and sorcery, but of matter and mind: the spatial world of matter is clear and lucid, unblemished by neither flesh, nor falsity, nor language, nor the social, while the world of the mind is purely and exclusively machinic, bound by the rules of semiotic exchange, algorithmic parsing, the perpetual deferral of signifiers, the exploitation of political power, debasement, and alienation.

The diegetic/nondiegetic relation, and the segregation effect it reveals, is also helpful for understanding the phenomenon of so-called serious games. Games like Darfur is Dying or Raid Gaza model politically charged real-world situations in order to inject a political consciousness into the game arena. How does the segregation effect operate in such games? It is difficult to generalize about serious games, since they deviate from one other in important ways. However it is often the case that such games essentially segregate the low-level algorithmic design of game play from the game's surface narrative. Thus the game might seem politically progressive on the surface (brokering peace deals, feeding the poor, killing fascists, or what have you), while still running on a game engine that displays none of those progressive values. Again, the segregation effect splits narrative and image from algorithm, elevating one part and debasing the other. So the ultimate task for such games is to devise alternative algorithms, not simply alternative narratives and images. In other words, if the algorithmic core of a “serious game” is still the same old real-time strategy (RTS) engine creating economies of resource allocation and exchange, the game might not warrant the moniker “political” or even “serious.”

Instead of reading serious games at face value, I suggest that such games are best understood as allegory, for only allegory can provide a way of reading the cold, obstinate nature of the game engine itself, and the way in which it is segregated from the surface of game play. Not depriving serious games of their seriousness, on the contrary, such a reorientation allows such games -- and less serious games as well -- to function as bellwethers for a politicized consciousness of gaming as a whole.

(I'll continue with some of these questions in my next post on counter-gaming.)