From the early 1980s to his death in 1995, the late Deleuze is a period of sustained creativity and refined thinking. I find myself often returning to the late Deleuze. I said before we must forget Deleuze, but the late work is different. We should forget the anti-Oedipus and forget the desiring machines. But Deleuze's intervention in the “Postscript on Control Societies” or his subtle, often touching, exploration of painting in Francis Bacon: The Logic of Sensation represents a thinker at the height of his powers and with a deep sense of his position in the world.

The crux of the “Postscript” has to do with technology. Here is one of those rare moments in which Deleuze comments on actually existing contemporary technology, specifically computers. Control societies, he writes, “function with a third generation of machines, with information technology and computers” (180). Admittedly Deleuze does not delve too deeply into the specificities of computing. But he does say a few brief words about the pairing that most interests us here, the analog and the digital.

Not as broadly integrated into Deleuze’s overall project as, say, the concept of the virtual, the analog and the digital still figure importantly in the essay. Consider first the relevant sentences, which Deleuze uses to launch section 2 of the essay under the heading “Logic” (Logique, a cognate with the French word for software, logiciel):

“The various placements or sites of confinement through which individuals pass are independent variables: we’re supposed to start over each time at zero, and although all these sites have a common language, it’s analogical. The different forms of control, on the other hand, are inseparable variations, forming a system of varying geometry whose language is digital (though not necessarily binary). (178, translation modified)”

Only a passing reference, it is true, but still an important return to two terms that had appeared in Deleuze’s philosophy for several years already. 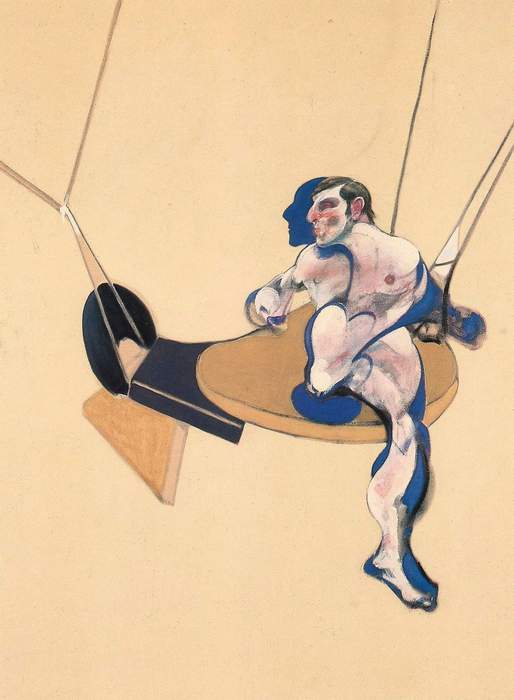 By way of background, consider a text from his aesthetic period, the slim and elegant Francis Bacon: The Logic of Sensation, which first appeared in 1981. The book on Francis Bacon is of course not about the digital, nor is it about control society per se. Nevertheless Deleuze finds time in the monograph to pause for a moment and offer a few remarks on the digital and the analog.

Deleuze’s first instinct is to connect the digital to the universe of computation and code. “Digital synthesizers,” he writes—qualifying them as audio synthesizers, but his observations may be extrapolated to include video synthesizers as well—“...are ‘integral’: their operation passes through a codification, through a homogenization and binarization of the data.” The “integral,” integration, these are important concepts in Deleuze’s work. Drawing on the use of the term in both mathematics and Freudian psychoanalysis, Deleuze uses integration to mean the actualization of the virtual.

“Four terms are synonymous,” he wrote a decade earlier in Difference and Repetition, “actualise, differenciate, integrate and solve.” To integrate a mathematical function means to find the “area under the curve.” For example one might integrate from a to b on the function f(x), meaning that, given the curve plotted of the function f(x), one sums the area under the curve bounded by x = a to x = b. At the same time, the appeal for Deleuze is, I suspect, not so much the mathematical sources of the term integration but the curvilinear sources, shall we say the baroque sources. Curves are complex. Given the complexity of a curve, to “solve” a curve mathematically is something of a miracle. In fact such a feat eluded the ancients; it took the baroque mathematicians G. W. Leibniz and Isaac Newton to do it. 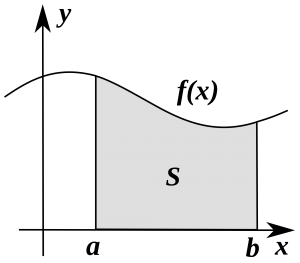 As readers of Deleuze will already know, his ontology is one that posits an infinite plane of heterogenous elements, and on this plane the heterogenous elements come to integrate themselves into more or less homogenous regularities of aggregation, comportment, and association. Hence integration is a synonym for coordination or organization in Deleuze. Integration is the miracle of givenness and the subsequent management of those given beings. Integration produces things like species, compositions, and societies. And, lest we forget, the countervailing force exists as well, homogenous regularities that “deterritorialize” into the virtual, thereby suspending their specificity in favor of adjacent “possibility spaces.”

Needless to say the comparison of these five terms raises a number of questions, not all of which are resolvable here. What is important, for Deleuze and for us, is that the digital is a transformative process (which is to say “additive,” or in Kantian vocabulary “synthetic”) in which a universe grounded in the univocity of an identity of the same becomes a universe grounded in discrete distinctions between elements, elements that, although divided, are brought together and held in relation, suspended opposite each other like cliffs over the banks of a great river.

In the very same passage from Francis Bacon, Deleuze also says a few words, precious few, about the analogical. Not so much a question of code, the analogical is a question of diagram or motif. What this means is that the analogical operates in the realms of shape and relation, refrains and styles, not symbol or language in the classical sense. Or if a language, one lacking in the typical elements of alphabet, letter, and word: “Analogical language would be a language of relations, which consists of expressive movements, paralinguistic signs, breaths and screams...” The analogical is a “language,” then, but a language of breaths and screams, a non-language of phatic commands that enacts expression by virtue of the frisson struck between gestures of different types.

“Analogical synthesizers are ‘modular,’” Deleuze continued, contrasting them with digital synthesizers. “They establish an immediate connection between heterogenous elements.” So although digital synthesizers are integral, slicing up the world into masses of homogenous code atoms, analogical synthesizers work through modularity. What this means is that different elements, remaining relatively whole and heterogenous to one another, are nevertheless able to interoperate immediately. They can touch each other directly, despite their differences. (One can begin to see why the fields of post-structuralism, deconstruction, hermeneutics, and semiotics are so inherently digital; as a rule they prohibit immediacy.)

Whereas the digital requires and enlists an underlying homogeneity, the analogical requires an underlying heterogeneity. In the analog paradigm, the stuff of the world remains unaligned, idiosyncratic, singular. These modules are not modules in the sense of standardized, recombinable parts, like modular housing that relies on prefabricated, repeatable materials. Rather, as modules they remain messy globs of dissimilar things. They only happen to interoperate because they have managed, by virtue of what Deleuze would call “mutual deterritorialization,” to grow the necessary sockets that fit into each other. 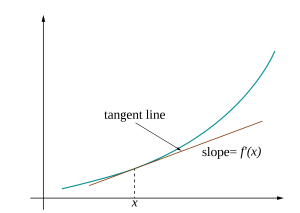 Let us return briefly to the mathematical theme. Although Deleuze does not say it explicitly, neither in the “Postscript” nor in the book on Francis Bacon and painting, it is possible to infer that the digital means integration and the analogical means differentiation. Thus, while integration means area under a curve, differentiation or “taking the derivative” means instantaneous slope of the tangent line. Instead of summing the area under the curve defined by f(x), one extrapolates a secondary function derived from the first function, a secondary function consisting of a straight line tangential to any position x = a on the curve. The logic is slightly counterintuitive; do not be fooled by the curves of integration, for it is still a question of solving via a multiplicity of regular slices, and hence it is digital. Likewise, do not be fooled by the semantic similarity between the words differentiation and difference. Differentiation is an analogical event because it brings together the immediacy of two modular and heterogenous spaces: (1) the space of the function curve and (2) the adjacent virtual space of all the tangent lines that can be derived from the curve.

Heterogeneity has long been an attractive theoretical category, for Deleuze but also for twentieth-century continental philosophy and Anglo American cultural theory in general. And as we have just seen, the analog brings together heterogenous elements into identity (an identity that, again, has nothing to do with homogeneity). There is a strong case to be made that Deleuze was and remained a philosopher of the analog paradigm alone, and that the paradigm of the digital was only vaguely sketched out by him during his lifetime, except in its most visible form, metaphysics. The reasons for this are complex, because they concern the history of philosophy and Deleuze’s antagonistic relationship toward it, but as a kind of shorthand we might posit the following: those who work in the tradition of metaphysics will tend to offer a digital philosophy; those who work in the tradition of immanence, as Deleuze did, will tend to offer an analog philosophy. Indeed in many ways Deleuze is the analogical philosopher par excellence. Just as he described painting, “the analogical art par excellence.”