Anti-determinism is a common position today, in both popular and academic conversations alike. Redemptive narratives in social and political theory are usually centered around things like contingency or play, or other mechanisms for eluding determination such as escape or accident. Many associate life itself with anti-determinism, suggesting that the very vitality of a living creature is due to its ability to escape the determinations of natural law. Unlike the stone, the living creature need not roll down hill, but rather, against gravity, may peregrinate near and far, beyond the limits of natural law.

In the past I've posted about why I'm a vulgar determinist and tried to elaborate the idea along more philosophical lines. But anti-determinism is also a common position in discussions of technology. At a recent academic conference, someone expressed this sentiment in regard to tools: technologies are neutral, not determining; it's how one uses one's tools that matters. I was particularly struck by this claim, since, in materialist media theory at least, such a position is more or less untenable and has been for some time. Indeed the opposite position tends to hold sway among the authors and colleagues that I find most interesting. (I'll ignore on grounds of irrelevance those old conjurations of a totalitarian techno-state in which all freedom and hope are lost; to suggest that “technological determinism” is invalid because it inaccurately assumes a world that is techno-fascist misunderstands both technology and fascism.) Nevertheless it might be useful to revisit the main points of the argument and add a few details of my own.

The case for determinism has two basic parts, material affordances and ideological construction (also called social construction). The theory of material affordances says that any physical device will necessarily have certain characteristics that are more pervasive than others, and these characteristics will tend to elevate certain uses over other uses. For instance, oil works better than sand as an engine lubricant. Wool provides more warmth than cotton during wet conditions. And straight razors, I would assume, make poor chopsticks. Each of these objects, as mixtures of matter and form, has certain qualities that afford particular opportunities of use. Thus, from a material perspective, technologies are not neutral, but rather, on the contrary, actively promote some kinds of use over other kinds of use. Every tool is a militant activist, in other words, an activist for its own particular forms of use. Although note too that the theory of material affordances does not prohibit so-called creative misuse -- or, for that matter, pathological misuse -- it merely states that matter in a particular form will provide opportunities of use appropriate to that material form.

Following the crude but useful distinction between the material and the social, we may now also consider the level of social affordances, or what might be called the level of ideological construction. As a concept, ideology has recently suffered much in both scholarly and popular circles. Once at the heart of much writing on critical theory, the theory of ideology has fallen into disrepair if not disrepute. Nevertheless the theory of ideology strikes me as entirely valid and all the more necessary amid the rumors of its demise, given that ideology, from the outset, was a way to think about things that we don't think we can think about. The theory of ideological construction, as pertains technology, states that, in parallel with any material affordances and often in concert with them, material forms are also the carriers of specific socio-cultural facts. Such facts are often as pervasive and determining as the material ones, sometimes more so. Consider how materials are subject to custom and tradition, to complex social histories that condition their use. The automobile, the corset, the novel, and the AK-47 have all circulated in social and ideological realms that strongly condition their very definitions as technologies. In his discussion of commodities and use, Marx wrote how British workers preferred beer, while French workers preferred wine. For Marx, there was no need to specify what specific liquid might satisfy a specific need. The affordances of the materials are, perhaps, comparable. Still, particular socio-cultural traditions push each beverage in a different direction based on time and place. What results is not an illusory or unnecessary layer added to the object, but a real constitutive quality of the object, as relevant to its use as any of its material capacities.

Given both material and ideological affordances, technologies themselves are not anti-deterministic. On the contrary, they are like blaring neon signs indicating specific instructions for use, and promoting certain determinations over other determinations.

An important qualification remains to be discussed. This has to do with the desirability of determination. I highlight this since it is common practice to shun the determining nature of technologies in favor of practices deemed to be more liberating, playful, hopeful, or otherwise transformational. Thus it is common to downplay the determining nature of technologies, that is, to downplay the theories of material affordances and ideological construction. Yet I'd like to stress that, a few counter-examples notwithstanding, technologies are attractive largely for their determining characteristics. It's important to emphasize, therefore, that we desire technologies, and indeed we use them, because they are deterministic rather than anti-deterministic. In other words, the above modes of determination embedded in technology are not the inelegant byproducts accompanying various technologies, things to be abided but never desired. Rather, such modes of determination are the very characteristics that make technologies so appealing. In short, we use technologies for their determinations, not despite of them.

Don't be fooled by the conventional wisdom, in common usage today, that users of technology are all secretly hoping to escape from the determinations of their tools, or that redemption is found in the accidents and inexactitudes of one's materials. Nothing could be further from the truth. A draftsman utilizes a straight edge in order to produce a specific determination, straightness, not to elude it. And the painter who discards his straight edge in pursuit of a more loose style will likely still expect his stretcher bars to remain straight and his cobalt blue and cadmium red not to fade over time. The most eccentric jazz improvisor will still expect a reed, or a piece of metal, or a nylon string to perform within a determinate range. Indeed the question of freedom in art is almost entirely unrelated to the question of determination in technology, even though the apparent preciousness of the former is commonly used to pillory the latter. 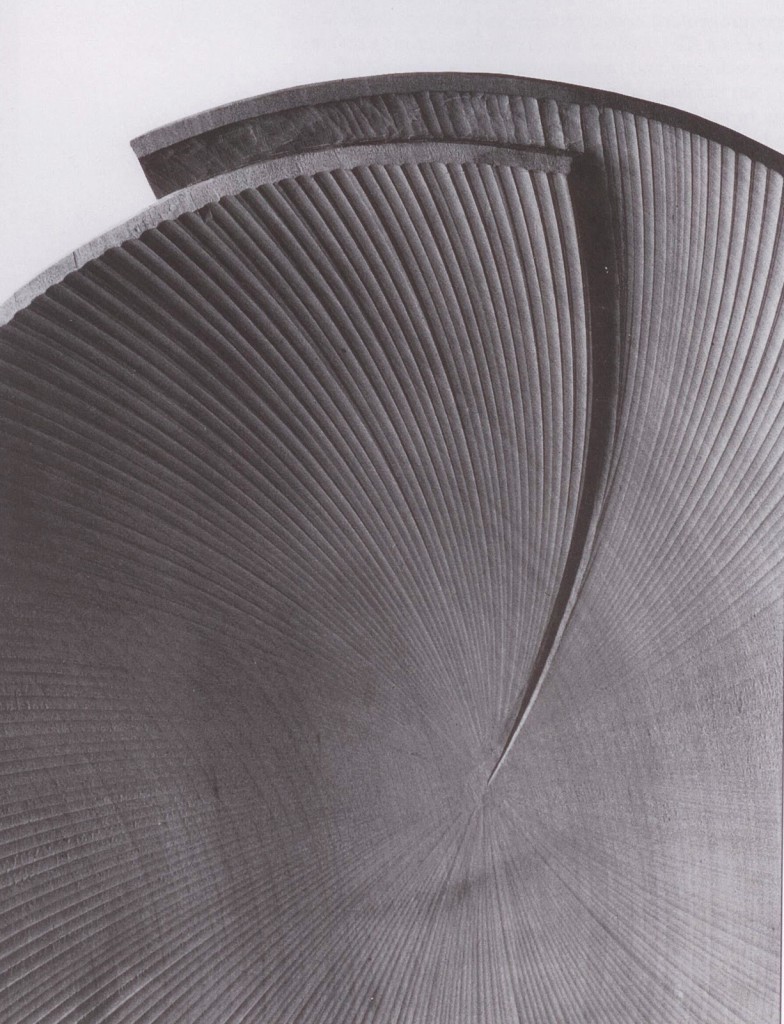 Here I'm most inspired by work in design theory around guides or jigs, particularly David Pye's astonishing book The Nature and Art of Workmanship. When discussing technology it's fashionable if not cliché to mention the “broken tool” described in Heidegger, as if workers passed their many hours using broken tools, or even to describe technologies as the “extensions of man” per McLuhan's discussion, as if we already knew what “man” was. I'm heavily indebted to both Heidegger and McLuhan, of course, as are many other people, but we need to start thinking beyond some of the canonical theories of technology that have been handed down. Pye's book is so compelling because, on the one hand, it approaches the subject not from the perspective of the philosopher but from the perspective of the craftsperson, the artist really, and on the other hand, it acknowledges the importance of both determination and anti-determination -- his words are “certainty” and “risk” -- throughout the design and usage of tools. (The book hinges on two main concepts, the workmanship of risk and the workmanship of certainty, and one possible weakness of Pye's position is that the workmanship of risk is really nothing more than a synonym for human labor, while the workmanship of certainty is a stand in for tools, machines, and other non-human technologies.)

I hope to think more about jigs in the future -- or related terms like guide, template, mold, scaffold, regularity, certainty, territorialization -- since it strikes me that a theory of technology derived from the jig would be much more interesting than those derived from the “extensions of man,” whether they be the Heideggerian or McLuhanite variants. I'm particularly interested in what we might call self-jigging technologies, that is, those devices that sustain their own usability through use. A woodland trail is a good example of a self-jigging technology because the use of the trail reinforces the usability of the trail, while disuse will cause the trail to fade and, eventually, vanish. A knife, by contrast, is not self-jigging, since using the knife makes it duller. Many devices contain their own jig-like features. A hand saw, for instance, will be erratic at first (Pye's “risk”), then begin to self-jig as the cut deepens (Pye's “certainty”), the sides of the cut functioning as a de facto jig. Interesting conceptual links could be made here to homeostasis and feedback, but I have yet to consider them.

Two common rejoinders are worth recognizing here before finishing. First is the question of creative misuse of technology, the idea that the limits of a tool can be transgressed by hacking, breaking, or otherwise misusing it for some other purpose. Creative misuse is certainly one of the most essential aspects of how people interface with technologies. But such transgressions must be understood as a kind of motile window, wherein the framework of determination moves from one context to another. Furthermore, hacking and creative disruption are today so intimately integrated into the technological infrastructure as to be considered technologies in themselves (not anti-technologies, as they are still romantically construed), and thus worthy of their own scrutiny as determining systems.

Second, I'm also skeptical of the common counter-argument around complexity and emergence, the idea that today's machines exceed classical deterministic models because of their ability to model complex, non-linear and anti-deterministic systems. Tools have always been able to produce magical outcomes; that today's machines can model global climate or leverage quantum weirdness does not exempt them from material determination. We need, rather, to refashion a critical apparatus that can specifically accommodate “post-deterministic” fields such as probability, non-linear emergence, thermodynamics, network phenomena, and so on.